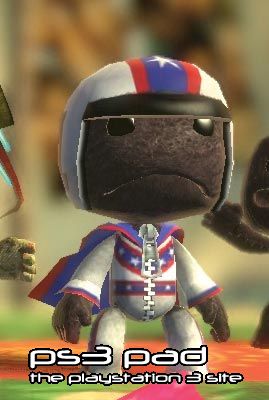 Fury is growing amongst Little Big Planet players who are creating levels only to find them being deleted by the game’s creators, Media Molecule.

The row centres on the inclusion of some copyrighted materials included in the levels, usually in the form of pictures placed on to objects.Â  However many levels have been rejected because they are based on other platformers such as Super Mario World.

Many gamers are working hard on creating levels and the least they expect is to be asked to alter their levels if there are copyright issues.

The ethos of the game appeared to be big on ‘create whatever you want’ – but the game is rapidly turning in to one of THE most moderated games ever created.