Haze, the blast-a-minute first person shooter which will be released on the PlayStation 3 on Friday has not been receiving favourable reviews on the internet.

IGN gave Haze a paltry 4.5/10, slightly harsh in our opinion, but with the demo on the PS store then YOU should be deciding.

According to reports in the press the game developer, Ubisoft, embargoed all pre-release press reviews until its launch on Friday and is believed to be furious at some of the initial reviews on the internet.  That was earlier today.

However around tea time, the big-wigs at Ubisoft realised that this was nonsensical and that attempting to clamp down on online gaming sites was pointless.  The embargo was lifted and game reviews of Haze can now be published.

Whilst the game may not be up there with the likes of Call of Duty 4 many people have expressed huge surprise at IGN’s review of 4.5 out of 10.

Have you played the demo? Do you think that a rating of 45% is harsh or accurate?

Haze will be released on Friday. 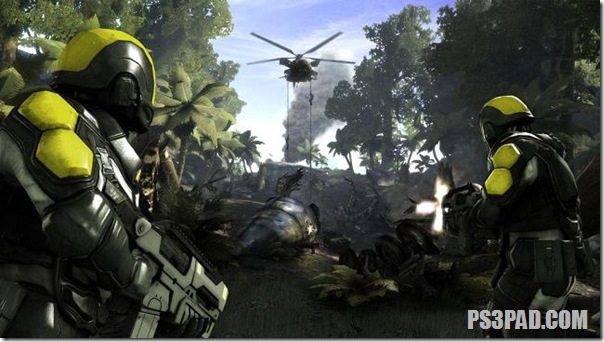