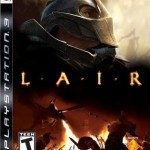 Due later this week (April 17th), along with the update to the Playstation store, is apparently the long overdue patch for the infamous Lair for the PS3. This patch is said to bring with it 2 extra dragons to play around with, namely ‘wind and poison’, built in DualShock 3 support (Yay no more analogue), and last but not least, an improved PSP remote play design.

There has been much critisism about how Lair had controlled previously, in that you either loved it or hated it. However with the addition of this new patch, and new control methods, it may gain many more new followers, and also give hardened players who originally bought the game, an excuse to dust it off and try to beat those high scores.

The patch can apparently be downloaded directly via the Playstation store or from an auto update feature when you start up the game.

I personally recommend that you should pick this game up if you already have not done so. I was one of those people who loved it from the get go, and with the addition of this new patch to add analogue control, it should satisfy those that were originally put off by only having the six axis control method the first time around. You can grab Lair for the fantastic price of Â£29.99 here.

UPDATE: The new Lair patch for Europe is NOW AVAILABLE (as of 15th April). To receive the patch, just put in the game disc, and a screen will prompt you to download it, all 147mb of it. 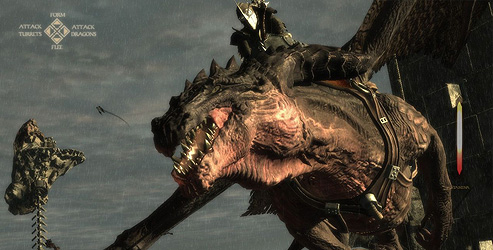