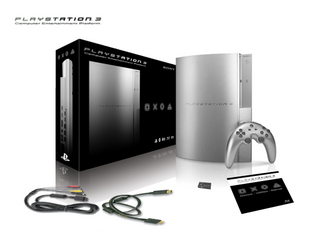 Official figures are in for the North American territory in the battle of the consoles.

Both Nintendo’s and PlayStation 3’s have suffered from massive production problems (in Sony’s case much worse) so how many consoles were sold in November 2006?

A comprehensive victory for Microsoft? Not quite. Because one machine sold even more than this in November this year.

Sony Playstation 2 = 664,000 – still the World’s number one games machine and if anything increasing in market share.

Of the handheld consoles the Nintendo DS is top of the charts, confirming what has been a fantastic return to form for the Japanese company.

“The six year old PlayStation 2 continues to dominate the market, outselling all other computer entertainment systems in November, including much newer systems from the competition.”

“These figures clearly demonstrate the strength of the PlayStation family of products in the US… it bodes very well for SCEA (Sony Computer Entertainment America) as it offers a computer entertainment system for every taste and budget this holiday season.”