Unreal Tournament III is a first person shooter from Epic games, the very makers of the much acclaimed Gears of War game. The game itself is produced using the now widely acclaimed Unreal Engine 3, which is one of the most powerful game engines available to game developers today.

The game is mainly based on an online aspect as too were the previous Unreal titles before it, although this time it does feature a large single player aspect which has a story line attached. The online portion of the game offers up all of the gaming modes that we have come to know and love, such as Capture the flag, Death match, Team Death match and Duel. Veterans of the series will notice that certain game modes from previous incarnations are not included in this version such as Last man Standing, Bombing Run, Domination and Assault to name but a few. However the game modes that are included offer plenty for players to sink their teeth into, and not to forget for the first time, there is that fancy single player option too.

The single player campaign is divided into 5 chapters which grow increasingly harder as you progress through the game, although along the way players will be given certain ‘cards’ that can be redeemed at any time the player wishes to do so. These cards offer things such as to remove a certain number of players from the opposing team or to increase the number of players on your team. These things add an aspect of strategy to the game, in deciding when is the best time to use one of these little gifts.

The weapons at a players disposal are similar to those found in Unreal 2004 such as the Bio rifle, Avril, Flak cannon, Rocket Launcher, Impact Hammer and Link gun. The game also offers players many new vehicles to play around with such as the DarkWalker, which looks just like one of those huge machines seen in The War of the Worlds movies, which personally is one of my favourite. The Nemesis, Nightshade and Scavenger are also included to round up the available vehicles that are playable with the Necris race (undead humans).

The Axon vehicles however include the Manta which is a type of hovercraft, the Scorpion which looks like a buggy, and the Hellbender amongst others. However this game comes into it’s own with the use of user created MODS, which offer everything from new weapons and levels, to new characters that are well known from other well recognised games. The main plus though is that the PS3 offers these down loadable MODS which originally have only been available to PC users of the series. For more information you can visit the official site here.

Unreal Tournament III will go down as one of those ‘showcase’ games that you put on just to show your mates how powerful your new PS3 really is. The game is very enjoyable in single player, although it really comes into its own in the online multi-player aspect. Due to the game being produced on the latest technology it requires a meaty PC to get the most out of it, however you do not have to worry about technical specifications with the PS3 version. You just put it in and play on similar settings to the PC version on high. 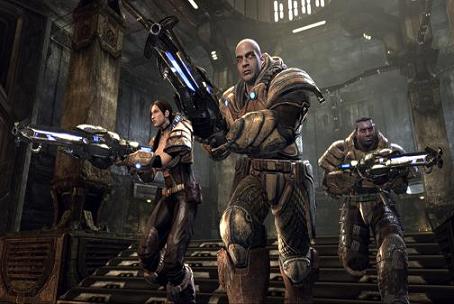 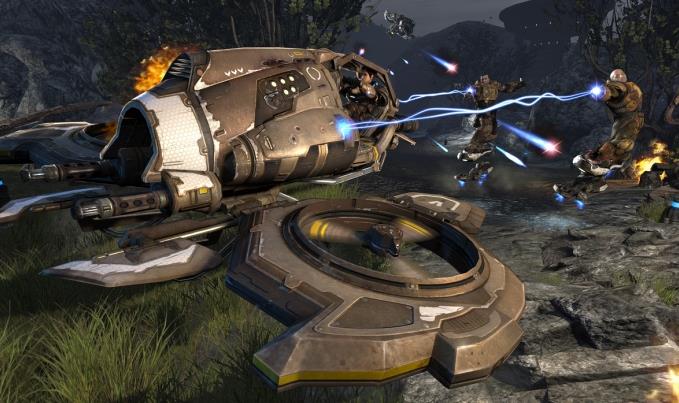 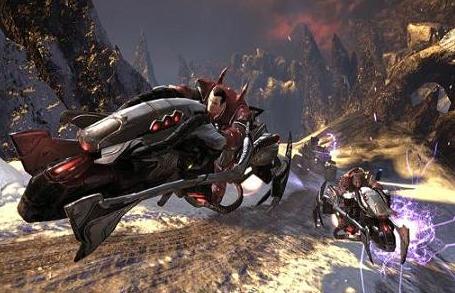